Over the 10 month duration of the project the work was divided into three phases which had to be coordinated to minimize interruptions during their key Holiday season.

Due to structural/performance discrepancies we were forced to make extensive modifications to the lighting system design. The most challenging of these modifications came to light, so to speak, just before the grand opening of the retail store. When the lighting in the retail area was first energized it was found to be vastly insufficient for consumer product display purposes. Since lighting fixture lead times do not generally allow for quick changes the option was presented and the decision made to take the fixtures that were purchased for the firing range and repurpose them for use in the retail space. These lights had to be modified for a different method of support and were installed as the first customers were coming through the doors. This change provided much needed additional lighting.

Also, Legacy was able to provide a substantial value engineering package for the range lighting as the lights originally slated for the range, and subsequently moved to the retail, were significantly more expensive than what was actually required for adequate range illumination.

As it worked out, the original range lighting package would have been unusable had it not been relocated to the retail area. The ceiling in the range was eventually changed from a sawtooth design with the lights mounted up in the sawtooth pockets to a flat ceiling. The new design required recessed fixtures. The rev lighting package for the range was provided at cost savings of about 50% versus the original range lighting.

Over the course of the Trop Elite Equipment project and as part of a company-wide procedure improvement, Legacy utilized electronic material requisition forms and material tracking methods. In an attempt to maximize both planning and productivity, requisitions are submitted twice a week and processed in the office. This minimized confusion and surplus ordering and improves accuracy in material tracking. 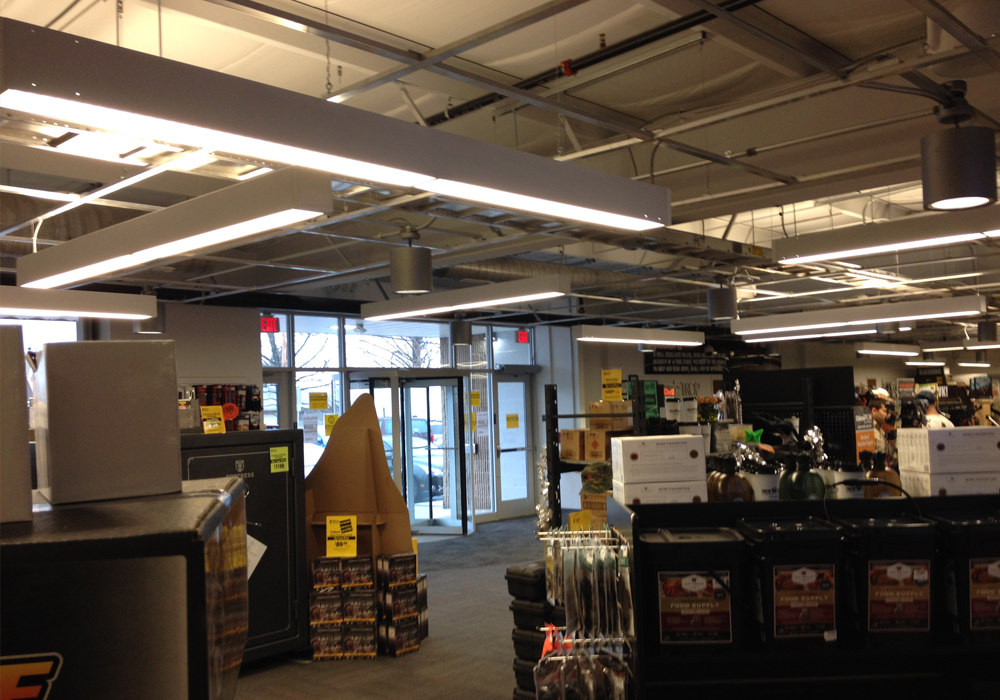 Empowering solutions to leave a positive impact on all

Our support available to help you 24 hours a day, seven days a week.